is the first in an upcoming series of gripping supernatural books by Nottingham based Ceri Williams and Drew Neary. Widowed in World War 2, Annette and her young son face a completely different life as they exchange the devastation of post-blitz London for the slow pace of a small village. The house they have inherited is old, its bones still settling, creaking noises in the dead of night and the murmur of scritch-scritch in the walls. Located outside the village of Lochnagar, it’s been empty for many years. The unfolding of how the Clockmaker made his plans, his meticulous preparations and macabre creations, all builds up to a series of gruesome, horrific murders. These have just one end in view: his release from that which has held him captive for centuries. 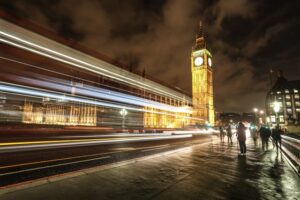 Reviews of the Clock Maker

Absolutely loved this book, the writing is beautiful, like poetry sometimes. thought the story very gripping with the tales of the old man lased in. A little bit dark and a little horror would recommend this to anyone who loves books and good writing.
The Clockmaker' by Drew Neary & Ceri Williams is a spine-chilling tale set in post-blitz, Scotland. - Never before has parts of a book had the power to gross me out, whilst other parts drew me like a magnet.
Dark, compelling and thrilling. This is definitely a page turner. It was a little difficult to get into at first but once I stuck with it I was glad I did.